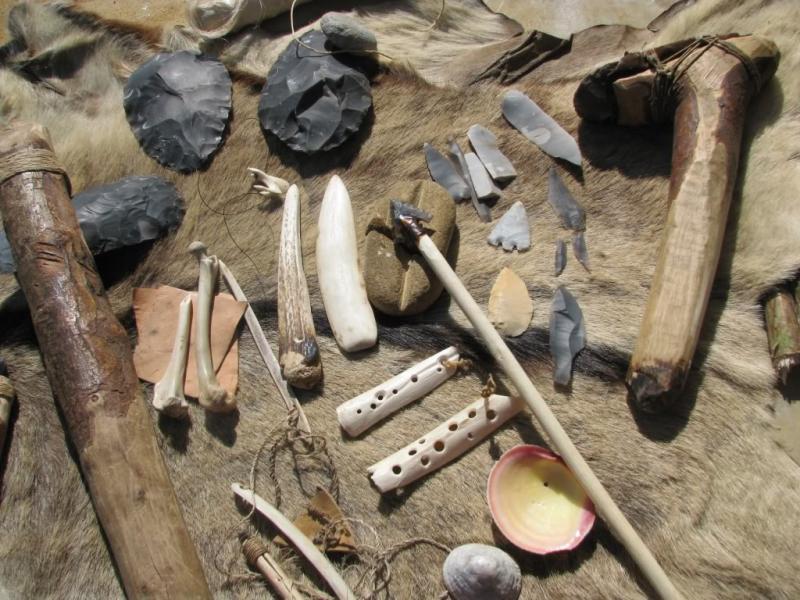 I read this quote the other day:

“I want to be so comfortable surviving in the woods that anything more than a knife is camping.”

I don’t remember where I read it, but it spoke to me on a deep level, and it reminded me of when I first got into bushcraft and survival, back in 2010.

I loved being outdoors, and I was so content with just embracing nature, but then I started getting into the industry side of it all, and I quickly became discouraged.  It was worse than a 5-year-old watching commercial on a Saturday morning.  I had product and gear overload.  I found myself discontent with just being outdoors, and I began to feel inadequate and unworthy to call myself a woodsman.  I didn’t have all the cool gear and gadgets.  I thought, “If I wanted to be a true survivalist I had to have it all”.  The market was flooded with it.  To top it off, I had the Gear Nazis who would hate on me for having inferior equipment.  Now that I am more experienced I have come to realize they were only trying to make up for their own inferior survival skills.

I bring this up because, I had a guy interested in taking some survival classes with me, but he said he would have to wait until he got some better gear.  Now granted, he may have just been making excuses, but the reality is there are a lot of people out there that have been bullied and taught that they and their gear aren’t good enough.

Here is the reality… YOU ARE GOOD ENOUGH!!

I am not dismissing quality gear, but the truth is all you really need is a decent knife, and as you advance in your skills you won’t even need that.  What you do need is an open mind, and the willingness to learn.

Think back to the stone age period.  These were some of the most skilled people the world had ever seen.  They were simple yet creative.  They were able to survive straight from the land, and what tools they did need they made.  They lived in communities where everyone worked together to better mankind, and they embraced the life they were called to live.  They had their share of struggles, but I can guarantee they didn’t worry about who had the better knife, pack, tarp, or clothes.  They made do with what they had and improved their supplies as they went along.  Many of them did inherit tools through their birthrights, but I promise you picking up a knife and a backpack at your local thrift store for $5 is much more efficient in today’s society than waiting for an inheritance.

I think Larry Dean Olsen captures what I’m trying to say in his
Philosophy of a Caveman
“It is asserted from time to time that true survival is measured by a person’s capacity to stay put and prepared with a super pack of hauled-in safeguards; that learning edible plants and trapping and hunting skills are not necessary since most lost persons are rescued within seventy-two hours anyway.  Without negating the wisdom of preparation and safeguard, I would say that the philosophy behind this modern dependency is still a dangerous one.  Because of confidence and practice, when one learns to live off the land entirely, being lost is no longer life-threatening.  Any manufactured item, such as a good knife or sleeping bag, then becomes a useful and appreciated luxury, but not a dire necessity!”  LARRY DEAN OLSEN, Outdoor Survival Skills

It is vital that you don’t let lack of gear keep you from training.  You will only be robbing yourself.

“There is but one way to learn to do a thing and that is to do it.”  DANIEL CARTER BEARD

As you asses, your kit, realize it only needs to do one thing: meet your survival needs.  In order to survive, you will have to maintain your core body temperature, stay hydrated, and have a caloric intake of 2,000 calories a day on average.  Sounds simple enough right?  Wrong.  Survival is difficult if not dadgum near impossible in today’s world, but for those who would like to increase your success rate, let me recommend a few budget-friendly items.

As stated above, get you a good Knife, and then add equipment as you go along.  Eventually, you will have assembled a simple, functional kit.  Here are a few item recommendations to get you started.

I hope this article has helped and encouraged you to begin training or challenged you to get back to training.

At Trail Blazer Survival School we require a packing list, but that is simply to aid you in your training.  If for some reason you don’t have the right gear, not a problem.  Just contact us and let us know, so we can make arrangements for you.  We would love to have you.

Let us know if you liked the post. That’s the only way we can improve.